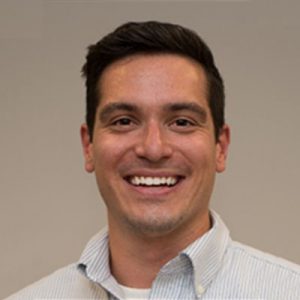 Justin Azar, MD, completed his T32 training in June of 2020. He was a highly recruited PICU fellow from Children’s National Medical Center in Washington, DC, having received his MD degree from the George Washington University School of Medicine and Health Sciences. Dr. Azar has been working in two areas 1) studies of the impact of hyperoxia on brain tissue oxygenation and outcome in critically ill infants and children with severe traumatic brain injury, and 2) studies of the impact of nutrition in the PICU. His study in traumatic brain injury is being mentored by Dr. Robert Clark along with Dr. Christopher Horvat and is examining the relationship between systemic hyperoxia and both brain tissue oxygen and overall outcome in infants and children with severe traumatic brain injury. That is an extremely timely area of investigation given the recent studies across pediatric critical care suggesting deleterious systemic consequences of hyperoxia, yet the well-known concerns related to brain tissue hypoxia, particularly after acute brain injury. Given his interest in PICU nutrition he is also examining anthropometrics as predictors of mortality in critically ill infants and children using the electronic health records, and a 10-year cohort. This year, he presented his work in nutrition at the SCCM Congress. He also enrolled in the Certificate Program in Clinical Research from the Institute for Clinical Research Education at the University of Pittsburgh School of Medicine and took nine courses including Computer Methods in Clinical Research, Clinical Research Methods, Biostatistics, Analysis of Variance and Linear Regression, Logistic Regression, Measurement in Clinical Research, Ethics and Responsible Conduct of Research, Clinical Decision Analysis, and Medical Writing.